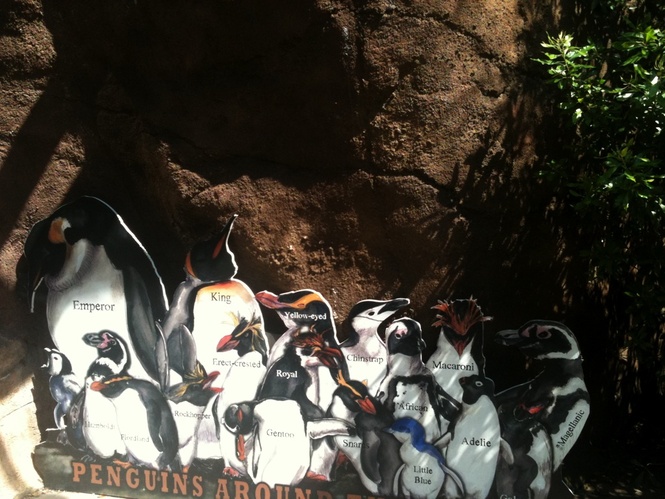 There are eighteen species of penguins in the family Speniscidae. They range in size from the biggest Emperor Penguin Aptenodytes fosteri  measurnig 48 inches (122 cm) in height  to the smallest the Little Blue Penguin Eudyptula minor standing just 13 inches (33cm) tall. All of the birds are highly adapted for an aquatic lifestyle. Emperor penguins have  over 100 feathers per square inch which is the highest density of feathers for any living bird. This allows the Emperor Penguin to survive the frigid temperatures of Antarctica.
All penguins live in the Southern Hemisphere but not all penguins live in cold environments. The species of the genus Spheniscus are temperate species penguins with one species living as far north as the Galapagos Islands. 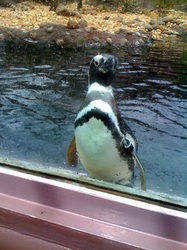 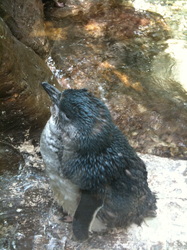 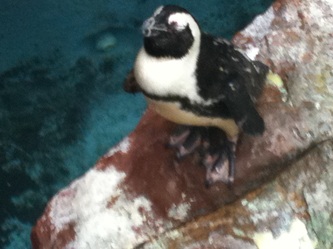